Source control and Git keeps getting more and more important for both Developers and Operations guys. Getting up and running with Git on MacOS or Linux is very easy as most things are built in. There are also cool tools like oh-my-zsh to customize your prompt.

On Windows, it’s a bit of a different story. Let’s spend a little time installing ConEmu and Git, then customizing it to take our prompt from something that looks like this: 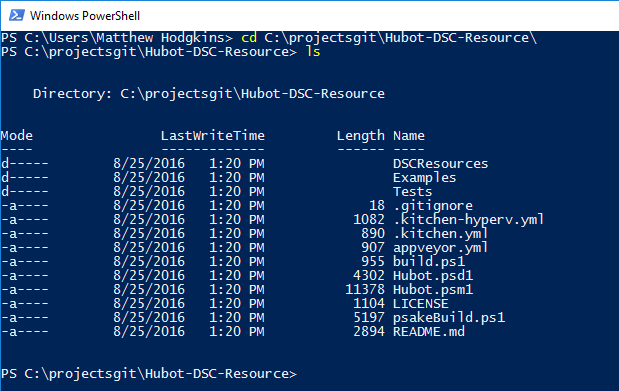 By the end of the article you will have a great looking prompt, a nice Git setup using ssh keys and even be able to squash commits on Windows.

We will be installing the following tools for our ultimate git setup:

Open an Administrative PowerShell prompt and enter the following:

Close out of your PowerShell window.

Open up ConEmu. I like to use this instead of the standard PowerShell prompt.

On the first launch of ConEmu, you will be prompted with a fast configuration dialog. Click OK and continue. We will customize it manually.

Open up the settings menu and configure the below settings. 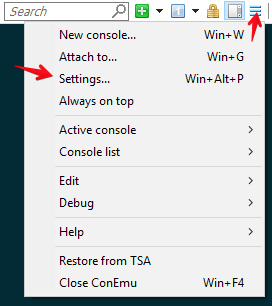 Prevent multiple copies of ConEmu starting. Use the tabs instead! 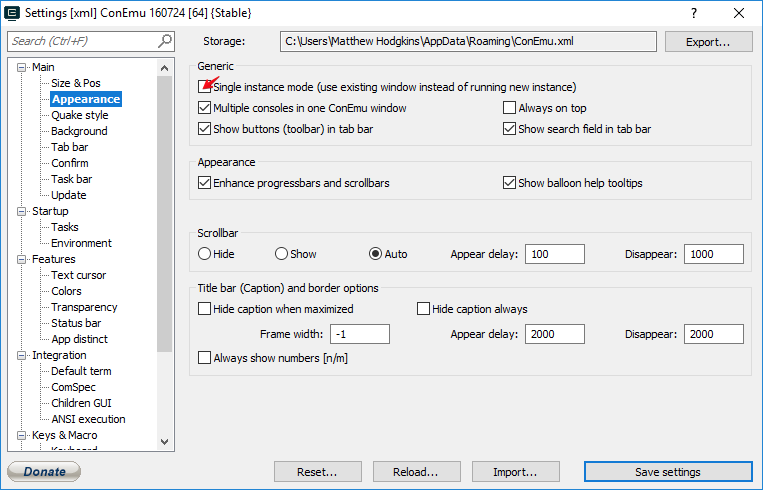 This is a cool one, it makes ConEmu slide down from the top of your screen like the Quake terminal used to. 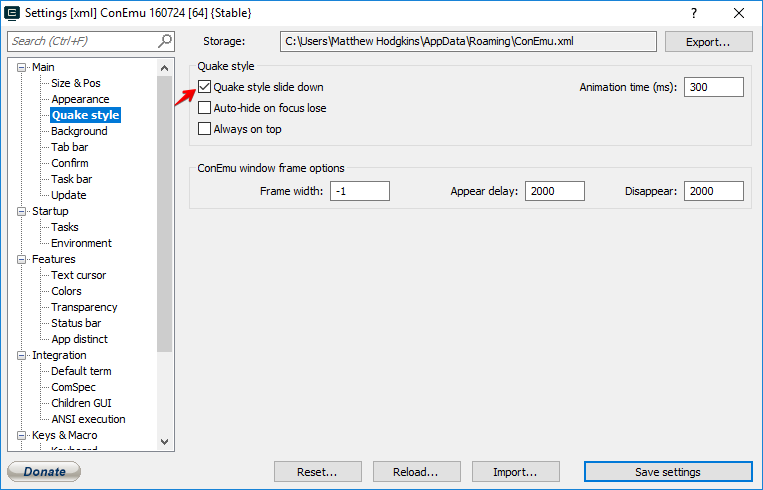 Set PowerShell as the default shell

Who uses cmd anymore? Set the default shell to PowerShell. 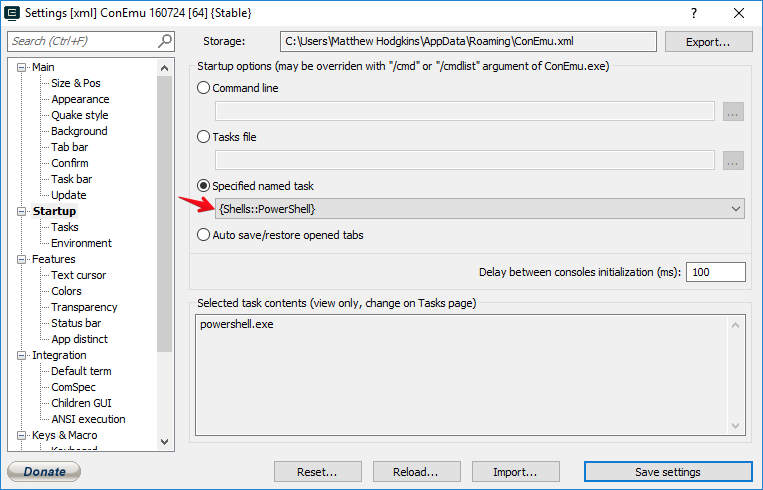 Get the most out of Quake Mode by setting a hotkey. 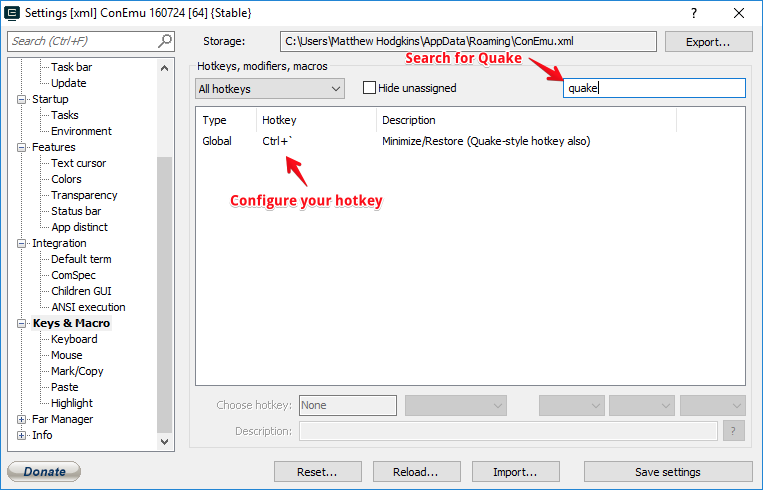 You can customize ConEmu you a color scheme. Check out the ConEmu Theme GitHub Repo. My terminal example above is using the Dracula theme.

We have a nice terminal theme, but let’s do a few finishing touches to make it pop.

Create and edit the PowerShell Profile

PowerShell can load some settings every time it starts, which is known as the PowerShell Profile or $PROFILE.

To create/edit your $PROFILE do the following:

This will launch the PowerShell ISE so you can edit the profile.

The first thing to do inside your PowerShell Profile is to import the posh-git module. Next, you should add the Start-SshAgent command. ssh-agent will manage our keys for us.

Add the following to your $PROFILE

This will give us some functionality when working with Git repos.

Let’s make our prompt a little cooler and customize it a little.

I like the prompt that Joon Ro created over at his blog. I modified it slightly:

When we do a ls or dir wouldn’t it be nice to be able to colorize folders or certain file types instead of just having a boring list that looks the same?

I then overwrote both the ls and dir aliases by adding the following into my $PROFILE:

Now we have a nice terminal to work with, let’s get Git setup.

First up we need to add the C:\Program Files\Git\usr\bin folder to our path variable. This folder contains ssh-add and ssh-agent which we will be using to manage our SSH keys.

Restart ConEmu for it to take effect.

Add the public key to GitHub

Once we have a generated SSH Key, we need to give GitHub the public key.

Open up your GitHub settings and choose SSH and GPG keys on the left. 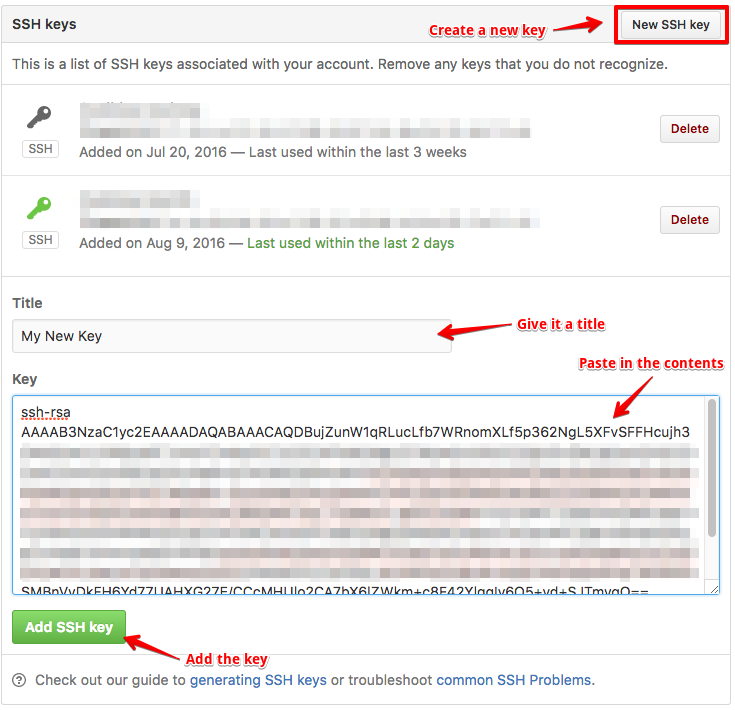 This process is similar for BitBucket.

Add our key to ssh-agent

When we try and push to our git repository, our machine will need to authenticate us using our SSH Key. A tool called ssh-agent keeps track of the keys we have and authenticating against GitHub for us.

With Start-SshAgent added to our profile, when you open up a new PowerShell prompt (or tab in ConEmu), ssh-agent will notice the id_rsa.pub in our $env:USERPROFILE\.ssh directory and attempt to load it:

If you don’t see this prompt you, ssh-agent had probably started before the ssh key existed, try stopping and starting it:

You can also manually add a key to ssh-agent:

To view the keys that ssh-agent knows about, you can list them:

If you wanted to remove your keys from ssh-agent for some reason:

To test that your ssh key is working, you can run the following command:

Finally, we can configure some global Git settings:

To fix this, we can “squash” our commits down so they just appear as one.

Here is what a pull request looks like with several commits: 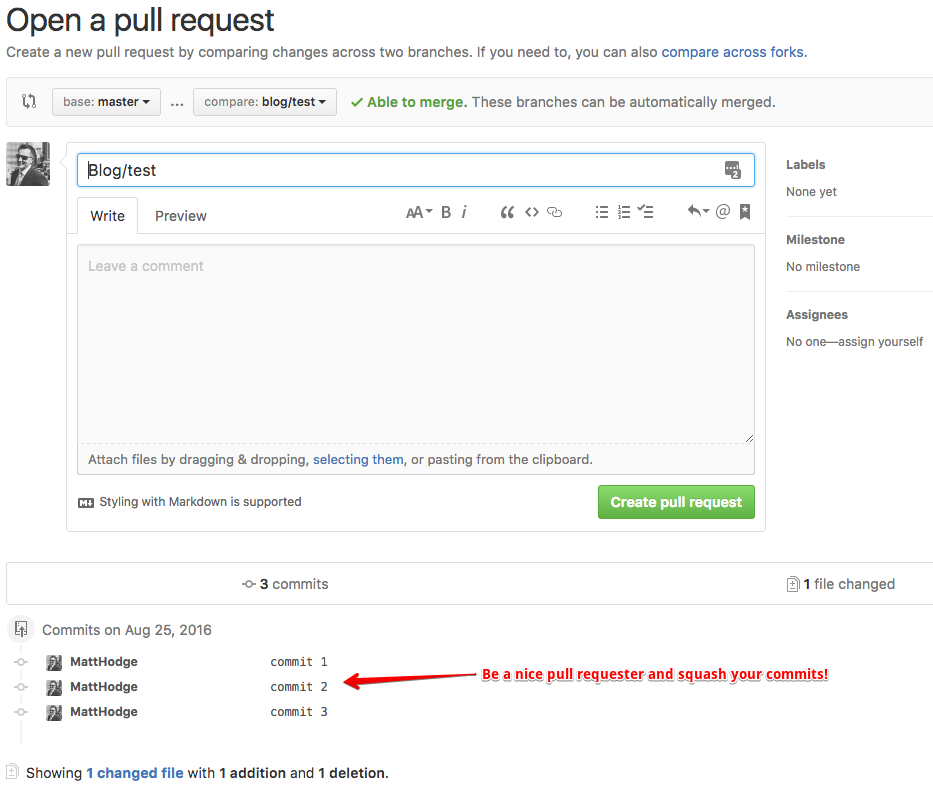 The easiest way to squash commits on Windows is to use the gitk tool.

Back over on our repository:

These are the commits I want to squash: 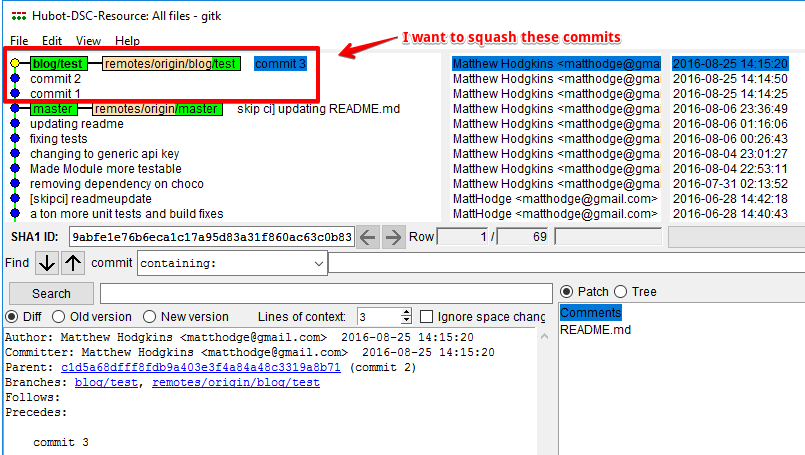 I select the commit before I made the big mess, and choose Reset <branch> to here. 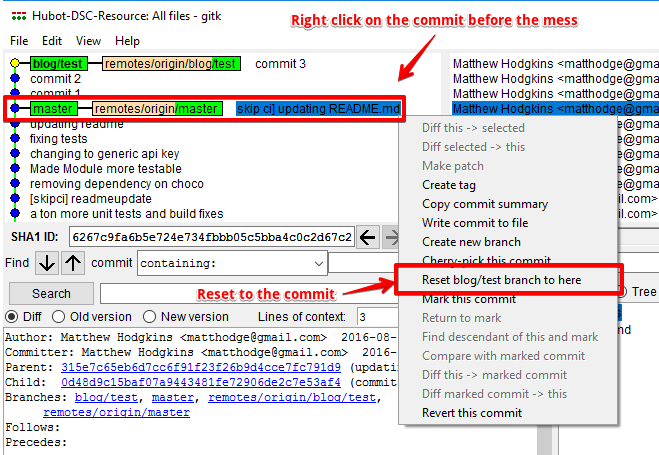 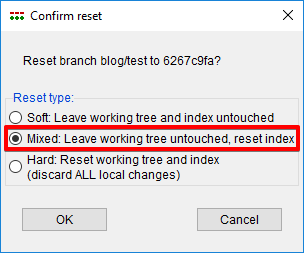 What this has done is reset your branch / repo to before the commits, but has left your changes untouched. We can now re-add the changes.

Your commits will be squashed nicely now, and even if you had a pull request open, it will have been updated:

Thanks to Matt Wrock (@mwrock) for this tip!

With that, we have a pretty awesome looking PowerShell prompt and can work nicely with git repositories. We can even squash commits on Windows!